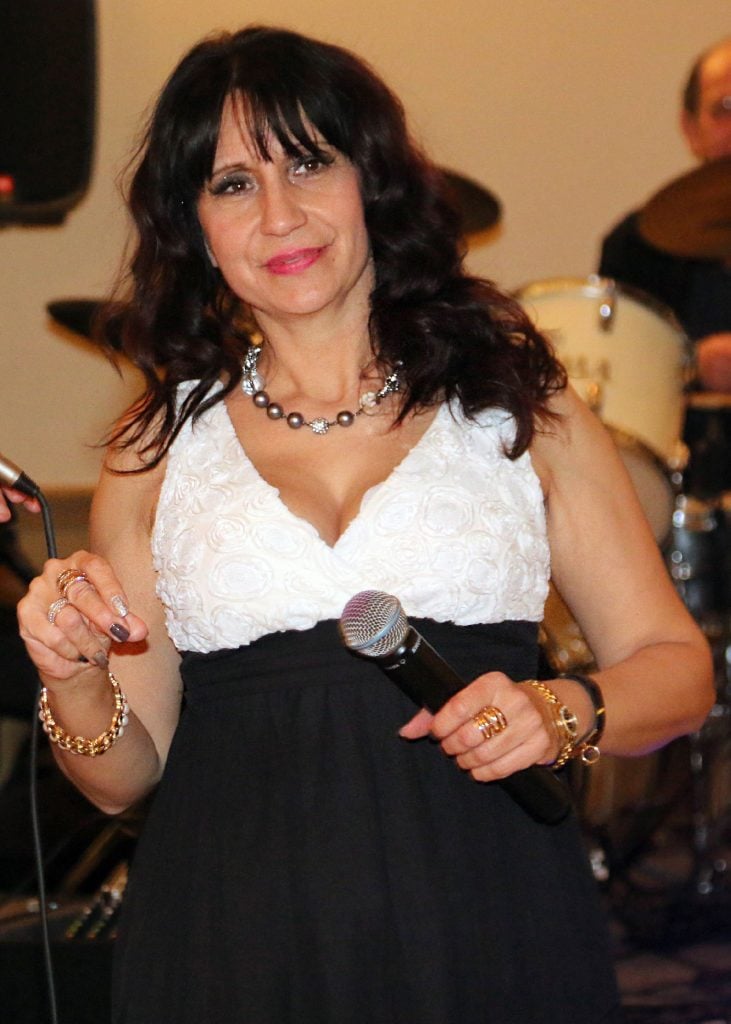 Sevoula Zagoraiou was born on the northernmost island of the Greek Cyclades archipelago, called Andros, to Evangelos Zagoraiou and Litsa Zagoraiou-Kekempanou. Inspired by her years of growing up on the ancient island and listening to the sweet melodies of the violin played by her father, a professional musician, she fell in love with the type of Greek music known as “Nisiotika” (music from the islands).

In 1999, she left her home and arrived in the United States, settling in New Jersey. In 2000, she formed the band “Thalassa” and immediately began singing for various Greek affairs throughout the area, becoming well-known for her mastery of island music.

She also performs “Laika,” or modern music, and has performed all over the east coast of the United States as well as in Greece, with many famous musicians. She has recorded many original songs, including “Zalizoume,” “Tha se trelano to’xo,” “To Neo Superferry,” and “I diki mou Andros.”

Asked why she sings, Sevoula answered, “I sing to keep the tradition alive for the next generation and to honor those that have gone before.” Today, you can find her singing with her band at Greek Festivals, clubs, restaurants, and weddings around the Delaware Valley.

She has one daughter, Maria Axarli Franks.