The Greek American Heritage Society of Philadelphia hosted its first international photo contest. Open to individuals of Greek descent, it began on June 6th, 2013 and ended on January 31st, 2014. Contestants were asked to submit an inspiring photograph of their grandparents, along with a caption describing the story behind the image. Three winners were chosen and awarded with prizes. 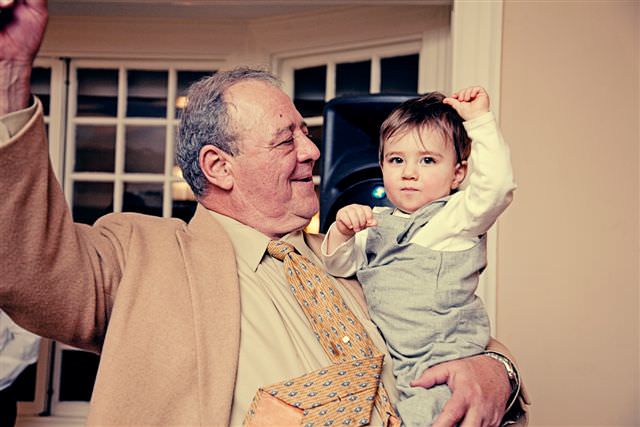 There are several ways Yiayias and Papous pass along our proud heritage to our little ones, and dancing at family functions is one of them. In this picture, at a friend’s Christening, Papou Stavro is teaching his two year-old namesake how to dance Zeibekiko. When little Stavro approached the dance floor with his arms in the air imitating the grown-ups dance, Papou while snapping his fingers and yelling OPA; couldn’t resist picking his grandson up to teach him the right steps. It was a touching and fun moment caught on camera. 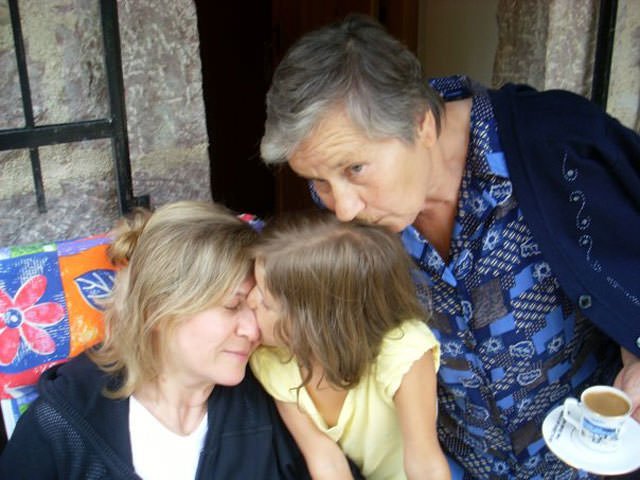 Every summer my parents take my girls to Greece and then we meet them there. This is how we were raised, being shipped off to our grandparents every summer and they were the best summers of my life! So the bonds between our family, as spread apart as we are, remain very strong. This is a multi-generational picture of my daughter Nicoletta, her yiayia Maria and her proyiayia Sevasti. My daughters both adore their grandparents, who mainly live here, but also yearn to see their great grandparents every summer, as I do to. The longing and the aching that my grandmother feels for her children, and grandchildren abroad is something that I only now, as a mother, can understand. 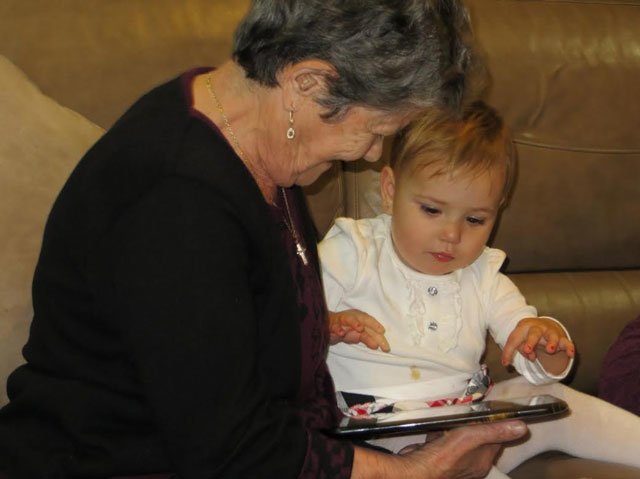 Yiayia Agnoula (Yiantsos), loves all three of her great-grandchildren, but her connection with Christina is a special one. The games are all fun when they play dolls, tea party, or tag and hide and seek, but it got a little more complicated when Christina brought out the touchpad Nouna got her. For once Yiayia was sitting back in awe as Christina led the game.