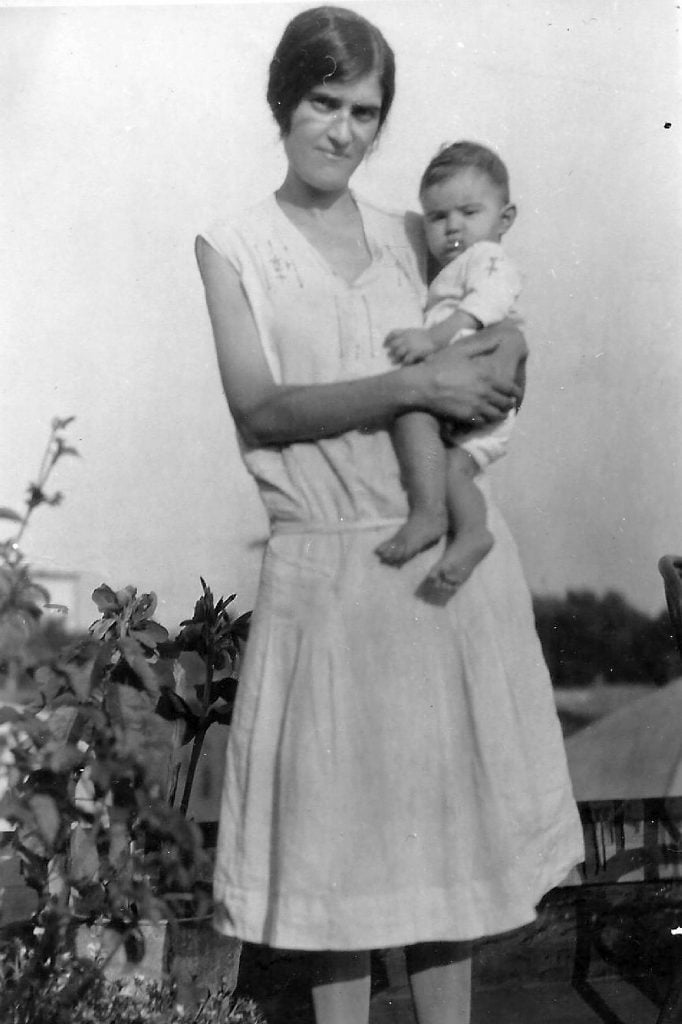 Elizabeth was born in 1904 in Lemnos, Greece. The middle child of six children, she had two older sisters, two younger sisters, and one brother. In May of 1921, she left Lemnos and traveled to the United States with her sister Angelique on the “Calabria,” a ship that arrived in Ellis Island, New York, on May 15, 1921.

Following her arrival, Elizabeth moved to Philadelphia and lived with her older sister Marianthe and brother-in-law Panagiotis Chletcos. During this time she worked as seamstress sewing beads and ornaments on wedding gowns.

She was introduced to her husband Alexander D. Cozanitis and they married in 1928. Elizabeth moved to Kennett Square, Pennsylvania, where she raised five children in a home above the famous “Kennett Kandy Kitchen” restaurant. A well- known establishment for homemade candies, ice cream and, of course, their famous cream of mushroom soup. Elizabeth provided her family with love, support, religion, and faith. Although having very little education herself she made certain that all of her children graduated high school and college. The Cozanitis family attended church at Holy Trinity Greek Orthodox Church, in Wilmington, Delaware, on a regular basis.

In December of 1962, Alex Cozanitis died at the age of sixty-eight from a stroke. Elizabeth continued his legacy operating the Kennett Kandy Kitchen on her own, until 1971 when she sold the restaurant and moved to Upper Darby to be closer to her daughter, Helen. During the next ten years, she was employed as the cashier at the Country Squire Restaurant, in Broomall, Pennsylvania, greeting customers with the same warm smile she had once provided in her own establishment.

She retired in the summer of 1979 and spent her remaining years enjoying her family and grandchildren. Elizabeth never forgot her roots of Lemnos, Greece, providing her family with love, courage, faith and a strong work ethic, all the while living the American Dream of opportunity.