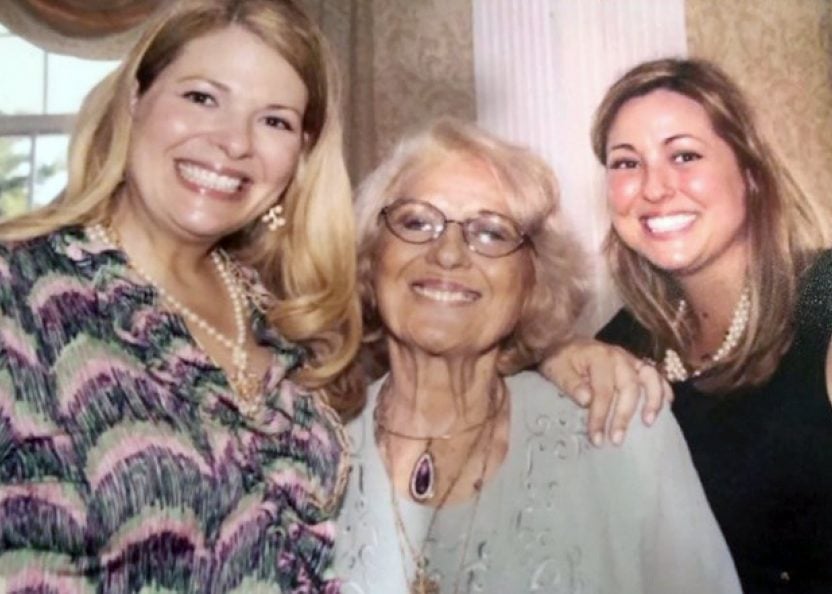 Elisabeth Nicholas Manos was born in 1936 in the city of Λυβερδο, Σπαρτης, Λακονιας. She moved to Pireus in 1947 and lived with Theo Pappa Demetrio, the priest of St. Spyridon Greek Orthodox Church during the Καταοχη (German occupation).

In 1953, the family moved to Sao Paulo, Brazil, where her father, George, was teaching. He had been driven out of Greece in 1952 by the war. He taught Greek philosophy and sociology in Sao Paulo.

Elisabeth had a wonderful life. In 1958, by invitation of her beloved aunt Pota Alexis she came to the United States. She became a professional ballroom dancer and managed all of the Fred Astaire Dance Studios in New York, New York. She made enough money to bring her entire immediate family to the United States in the years after.

She moved to Philadelphia and became a member of St. George Greek Orthodox Cathedral in 1964 with her mother and her brother Nick Nicholas who later married Dorothea Pavlos. Here at St. George, she met and married archon John Manos (coincidently her immigration lawyer ) and had two daughters, Pauline and Evangelia, while her own mother Evangelia lived with them.

She is a great philanthropist and has more love in her heart than the water in the seas. As of late, she is most in love with her granddaughters, Elizabeth and Sophia.