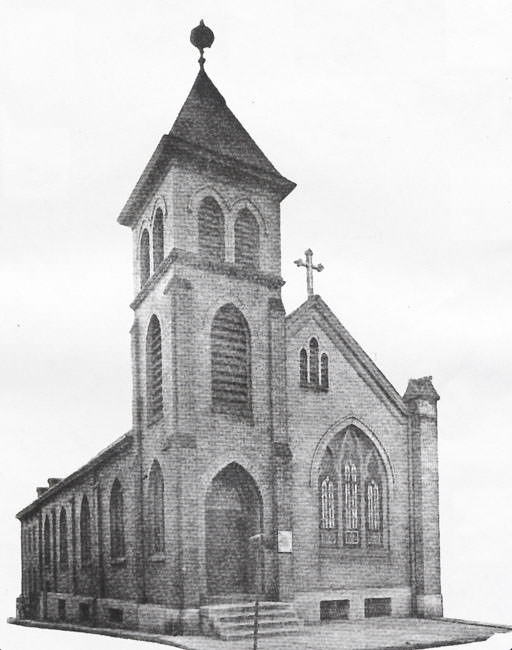 The first Divine Liturgy was celebrated in Reading in the home of Costas Lambros, at 28 Lemon Street on May 28, 1908.

A week later, the present Greek Orthodox Community of Sts. Constantine & Helen was born. A Parish Council, with Dr. Milton Hollis as president, was elected and authorized to find a location and build a Church.

The committee was successful in purchasing two buildings at Lemon at Chestnut Streets. Both were demolished and a new Church was built. The first Divine Liturgy was celebrated in the new Church on March 29, 1914. This Church building served the community well until the 1940’s when it became evident that the community had outgrown it. The last services were held in this Church on March 24, 1946, after a new Church building was purchased.