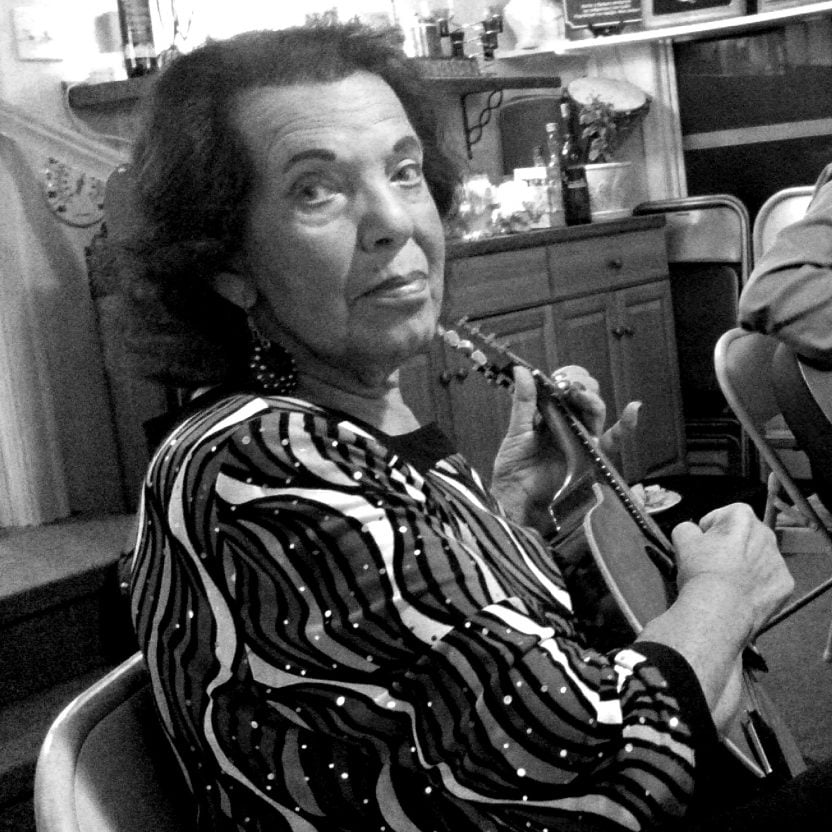 Marika Papouris Trizonis, who left us in the spring of 2015, was a treasure in the Greek-American community of Philadelphia. She hailed from Aretsou, a beautiful suburb of Constantinople. After the Asia Minor catastrophe in 1922, her parents moved to Marseilles, France, and ultimately Philadelphia.

Marika embraced her new home and the Greek community of our region. She led a very successful professional life as a teacher and had a wonderful family. She married Arthur ‘Thanasi’ Trizonis and together they raised their two sons, Nick, and Paul.

What distinguished Marika from everyone else was pure and simple love for Greece, which emanated straight from her heart, like the love toward our mother: without effort and without limits. This was love toward Greece and anything Hellenic and a marvelous urge, a need even, to support and to promote Greece and Hellenism in every opportunity and in every area she found herself.

Marika was both cultured and well-organized, so as to be able to promote Hellenism in various fields: in the socio-political arena, where for over eight years she was the soul of the Philadelphia Federation (for two years serving as its President, too), but also in the cultural arena, where her own culture and education and her hard work bore ample fruit, as for example, in dance and music performances, for decades.

I had first-hand the opportunity and the pleasure to admire Marika at work: this wonderful human being, full of unbounded energy and unlimited love for Greece. From 1995 until her death, in April 2015, I was lucky to be included in the small music group that gathered once a month in Thanasis and Marika’s house, first in Broomall and then in Concord, to play for hours on end Greek music – another great love of Marika’s!

By Elias Pantelidis, a fellow musician and friend