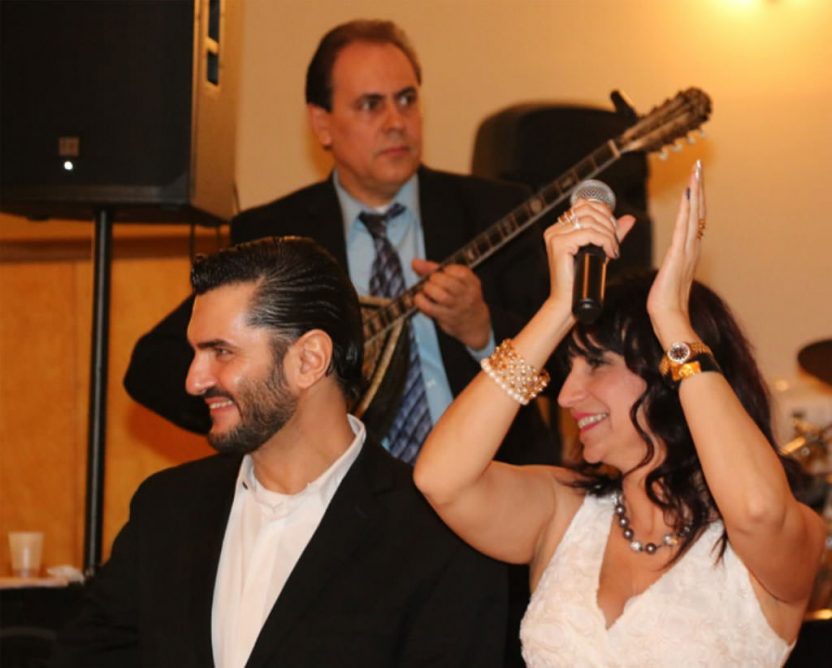 She was inspired by her years of growing up around her father, Evangelos Zagoraiou, a professional violinist from the Cycladic Island of Andros (Greece). Evangelos played primarily in the Greek islands and in various diaspora communities in America since 1975.

Sevoula’s love of island music known as “Nisiotika” is the style of music that she sings. She is the face of the band that rotates various musicians to perform with her from different regions. Having arrived from Andros in 1999, she has been singing for more than 25 years. She also performs “Laika” and has performed all over the east coast and well as Greece,
with many famous musicians. She has recorded four of her own songs.

“I sing to keep the tradition alive for the next generation and to honor those that have gone before,” says Zagoraiou.

Today, you can find her singing with her band at Greek Festivals, clubs, restaurants, and wedding around the Delaware Valley.