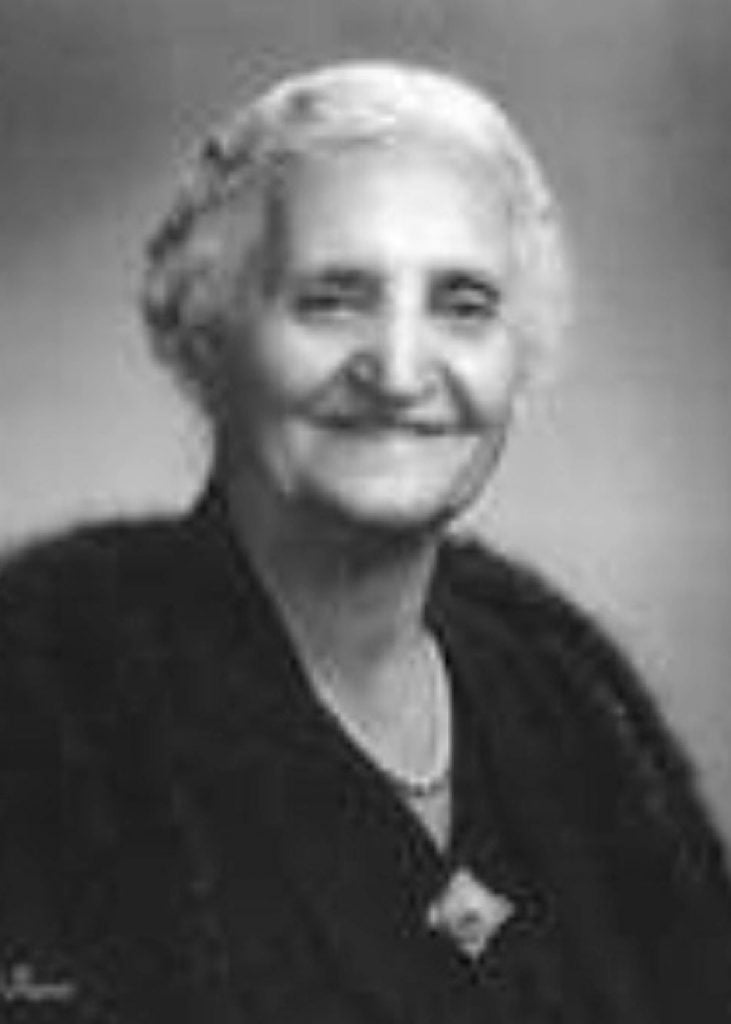 Stavroula Aliakos was born in Tseria, Laconia, Greece in 1877. After moving to the United States at the age of twenty-seven with her husband George W. Lagakos, they raised four girls and two boys, always emphasizing the education of both their sons and daughters, an idea that was revolutionary at the time. Shortly after moving to the United States, Stavroula took over the management of her husband’s confectionery store located at Fourth and Market Streets in Philadelphia.

Education was so important to her that, at the age of fifty years old, Stavroula Lagakos enrolled herself along with her children in the opening class of the newly formed Greek School in Camden, New Jersey, that she and George, along with the aid of other pioneer immigrants, had worked hard to found.

Stavroula was a very active member of St. George Greek Orthodox Cathedral, the Philoptochos and was well-known in the Philadelphia Greek Community. She lived to the age of ninety-five.

Two of Stavroula’s daughters, Pauline Lagakos Manos and Minerva Lagakos Theodos, as well as her daughter-in-law, Lola Lagakos, are found in this exhibition. A granddaughter, Evangelia Manos Conroy, is also recognized as a public servant.