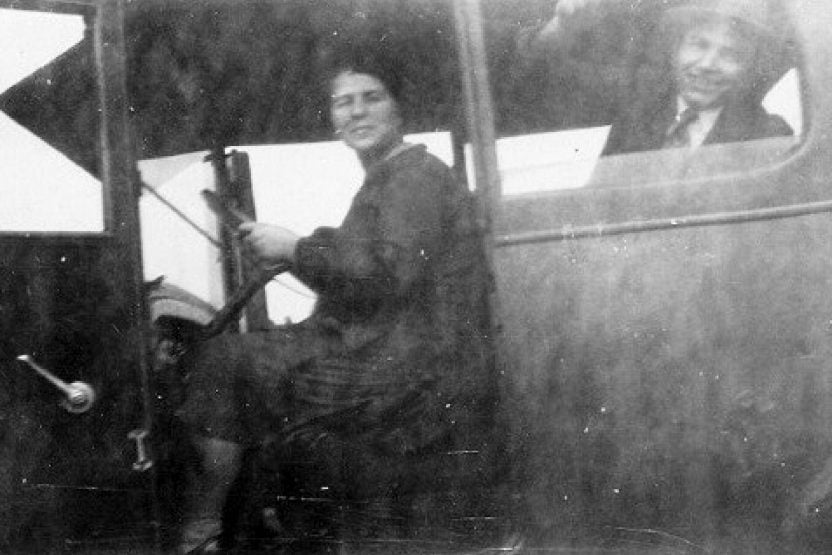 In an age when women were largely restricted in their social and economic roles, Maria Lambrou, pictured here driving her husband’s Model T, owned and managed “Harry’s,” a working man’s tavern in Royersford, Pennsylvania.

Maria emigrated from Asia Minor in 1921 and married Haralambos Tyros. The couple lived in a stately home on Second Avenue in Royersford and adopted a son, Gregory Tyros.

Maria Tyros did in the 1930-40s what many women today have found difficult to accomplish, she kept her home and family thriving, rented rooms in her home to boarders, and took on the role of an entrepreneur in running her tavern full-time. She was also one of the founding members of St. Nicholas Greek Orthodox Church in Atlantic City.

In addition to all that, she managed to return to postwar Macedonia, Greece, to help her brother’s daughter, Eleni Lambrou (Voutsakis) escape the ravages of civil war.