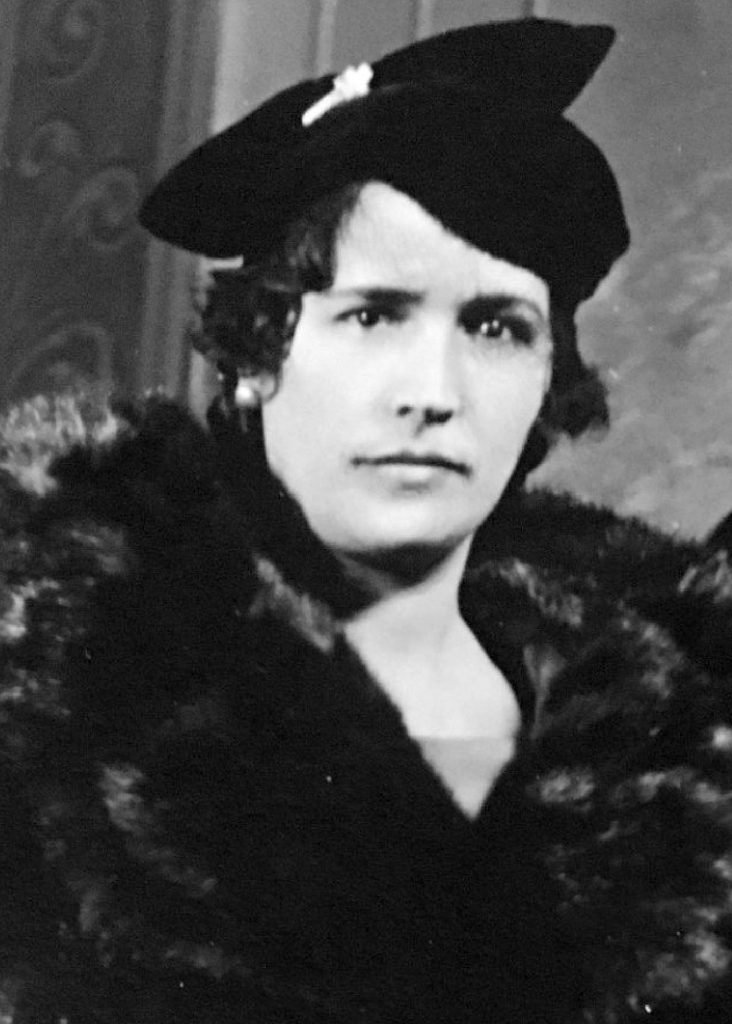 Ifigenia Tsimbinou was born in Tsesme, a village close to Smyrna in Asia Minor. She was an educated woman and became a teacher.

One day there was a knock on her door and the family was told that the village was now occupied by the Turks. They left their home within a few hours, taking only what they could carry while burying some other treasures in hopes that they would someday return to their home. They caught a boat that happened to go to Chios, Greece, a short distance from Tsesme. For the next few years, Ifigenia taught at the local school in Vrondatho.

Her father had immigrated to Woburn, Massachusetts in 1916, but unfortunately passed away a year later. Her mother then entered a monastery, and Ifigenia traveled to Philadelphia in 1923, joining her older sister who had made the same trip in 1920.

She lived with her sister and then met and married George Terzakis. Ifigenia raised their children, Anthony Terzakis and Katherine Terzakis Chletcos in Center City Philadelphia and then West Philadelphia.

She was also a private Greek School teacher for many families, and one of her students was Peter Liacouras, Past President of Temple University.

Her students and descendants fondly remember Kyria Terzakis for her strict classroom, love of the Greek language, lessons about the Asia Minor Genocide and Greek Culture.