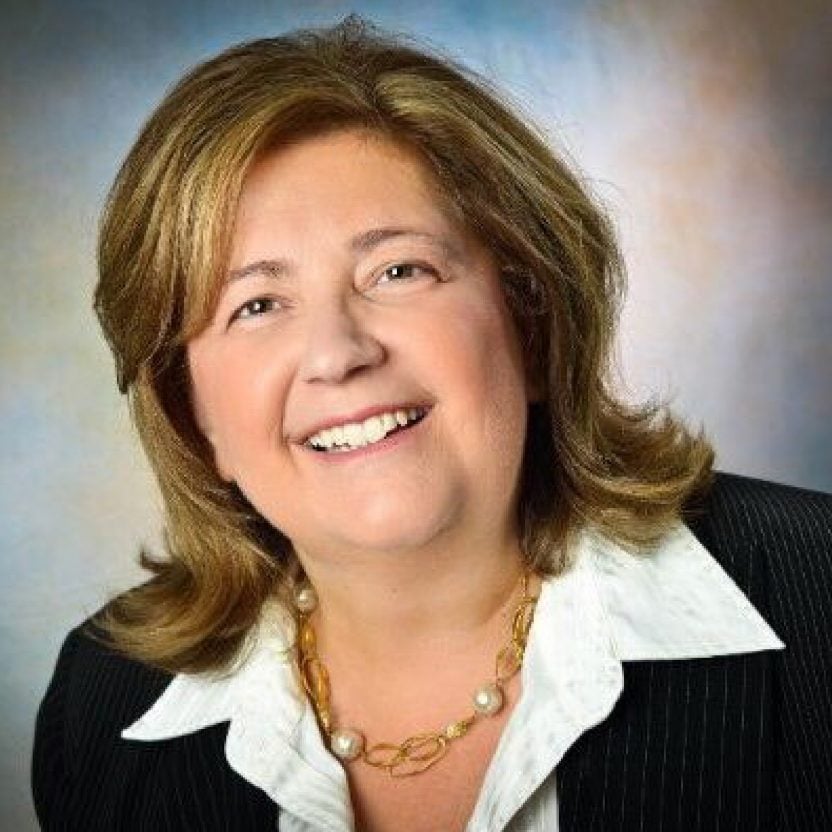 Andrea Tsapralis (nee Lazare) has been an active member of St. Thomas Greek Orthodox Church in Cherry Hill for many years. Her mother Ethel Lazare, nee Melohis, was from Lemnos. Her father, Constantine Lazare, was from Macedonia. Constantine was a Board Member of the Hellenic University Club of Philadelphia, and Andrea soon followed in his footsteps. Andrea became President for the first time in the 1993-94 year. She has remained active in the organization, most recently assuming the role of President again for the 2017-18 and 2018-19 years.

Professionally, Andrea graduated in 1985 with a Bachelor of Science degree in Commerce & Engineering Sciences from Drexel University. She started her career as an Industrial Engineer but quickly moved to Sales. Andrea was at Hewlett-Packard for twenty-eight years, where she rose to the role of Director of Global Account Sales. As part of this role, Andrea was responsible for $100 million of revenue and managed a team of thirty. Upon retiring from Hewlett-Packard in 2014, Andrea has assumed a similar role for Avnet Inc., a Phoenix-based global technology company.

Andrea has been married to Nicholas since 1990, and they have two daughters, Ariana and Alexis. At St. Thomas Greek Orthodox Church, Andrea was a GOYA Advisor from 2012 to 2016, including assuming the role of the Lead Advisor responsible for St. Thomas’ participation in the annual Delaware Valley Youth Commission (DVYC) “Sights & Sounds: Competition. Working closely with Father Emmanuel, Andrea was St. Thomas’ representative to the DVYC for many years. During this time, Andrea and her daughters were also very active with “Girl Up,” a campaign of the United Nations Foundation (UNF). With the UNF, Andrea has lobbied on Capitol Hill for the passage of the “Girls Count Act.” As a member of The Daughters of Penelope Nike #230, Andrea was the Chairperson for five annual Tea Fundraising events. These events have contributed over $50,000 to charities such as AHEPA Service Dogs, Covenant House, the UN Foundation, and the American Heart Association.