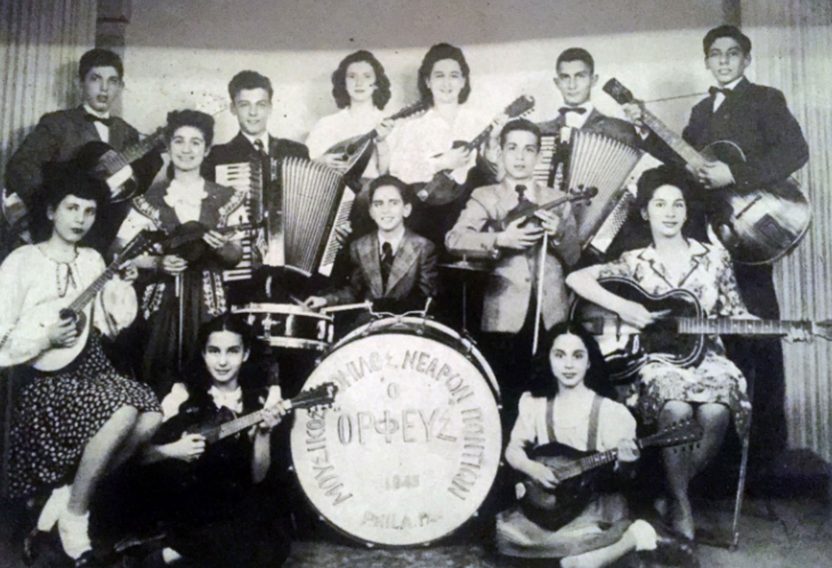 Orpheus had a short run as a local youth group band that played at Pontian dances twice a year. They played rebetiko music, primarily songs like “Miserlou”, but did not perform Pontian music.

Thirteen members comprised the group that ranged in ages from 15 to 17 years old. The band was initiated by Paul Kauriga, who also named the band. Kauriga was a well-known musician in the area who performed at many Greek affairs.

The band practiced at the Pontian Leski in Upper Darby and at a private residence at 59th and Chestnut Street.

“It was during the war, and we had air raid test frequently while conducting rehearsals. We had to turn off all the lights in the house and be quiet,” said Bessy Zantopoulos, a member of the band.

Following Greek school during those years we walk to one of the two locations for practice, where Kauriga brought the fundamentals of music into the Greek community. The band eventually broke up in 1945.