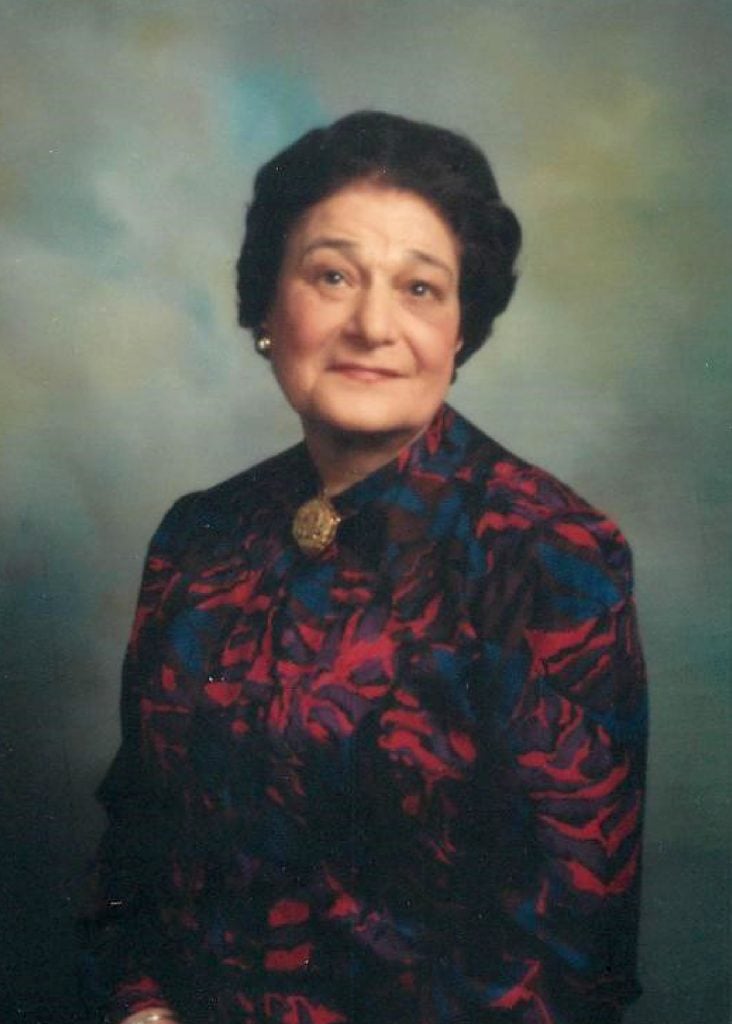 She graduated from Philadelphia Normal School in 1934, earned Bachelor of Science and Master of Arts in Education from Temple University.

She was a member of the Freedom Credit Union Board of Directors for 39 years, serving as Vice Chairman and Chairman of the Board.

Theresa joined the Hellenic University Club in 1936, was a charter member, Club President and was on the Scholarship Committee. She served as Chairman of the Greek Committee “Crusade for Children” and organized book, clothes and money drives for those in Greece during war times.

She received numerous awards and honors for her hard work including the Archdiocese Medal of St. Paul, recognizing her outstanding service and commitment to the Greek Orthodox Church, the Hellenic University Club Achievement Award (honoring individuals of Hellenic descent who have demonstrated extraordinary achievement in their chosen profession), the Greek Orthodox Cathedral of St. George’s Award of Excellence, the Annunciation Young Adult League, and Veterans of VFW Post 6633 “Eleftheria” award for service to our community.

Throughout her life, she honored her family and community by giving of her time, talents and treasure to help all those in need.