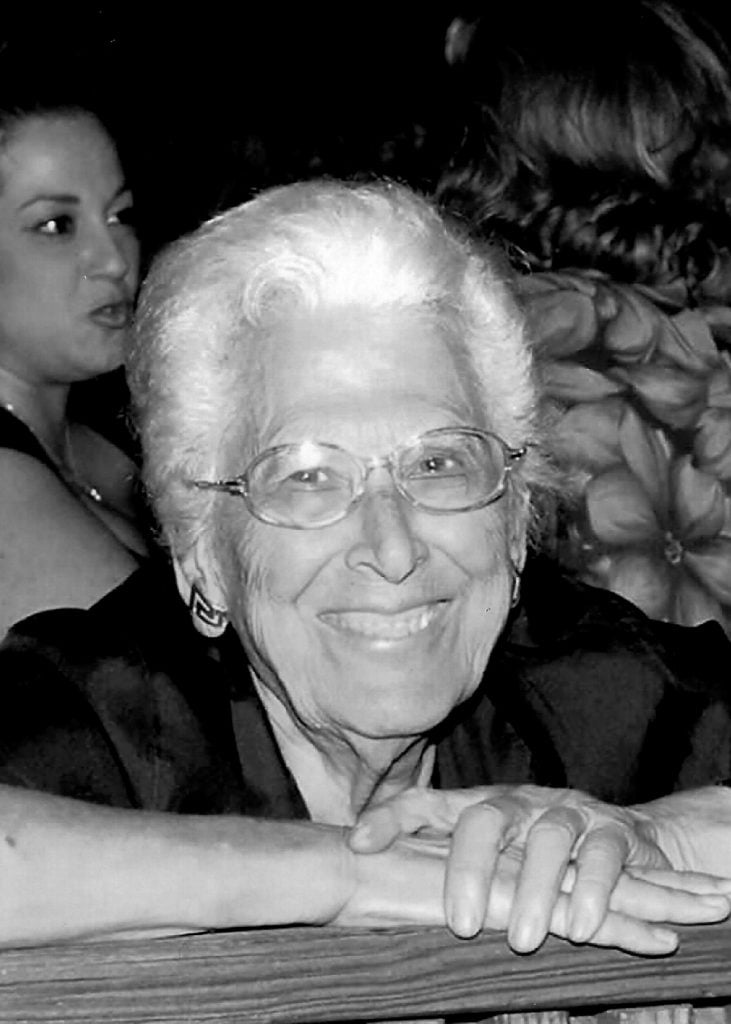 Born in a small village outside of Tripoli, Greece, and daughter to John and Christina Karnezis, Peggy endured a difficult childhood, surviving many hardships that came with living in German-occupied World War II Greece. Having finished high school, but sadly not afforded opportunities for higher education, she took up a trade as seamstress/dressmaker and spent many years as an apprentice, developing her skills, and becoming highly regarded in her hometown.

She came to the United States in the early 1960s as a new bride to Angelo Katsapis. She quickly embraced the Greek-American community. She worked for the designer Robert Lanza in the 1960s and 1970s, then spent many years with Tina’s Bridal Boutique, and in her later years, continued to work from her home.

Always sewing, knitting, crocheting, needlepointing and never known to have idle hands, she took enormous pleasure in sharing her remarkable talent with family, friends, churches, and community groups. Whether custom wedding/ bridal party dresses, church vestments, dance costumes, crocheted baby blankets and caps for Children’s Hospital or pillowcases for Con-Kerr Cancer, she always found ways to give her “golden” touch and made everyone feel special and unique.

She was an active member of Philoptochos, Daughters of Penelope, a volunteer parent with Boy Scouts/Troop 302, and helped start the first Greek Dance group at St. Demetrios Greek Orthodox Church.

She truly celebrated her heritage and community through her craft and was indeed a vital part of the ‘thread and fabric’ of the Philadelphia community— building and living her life serving others through her gentle, giving, gifted “golden-hands.”