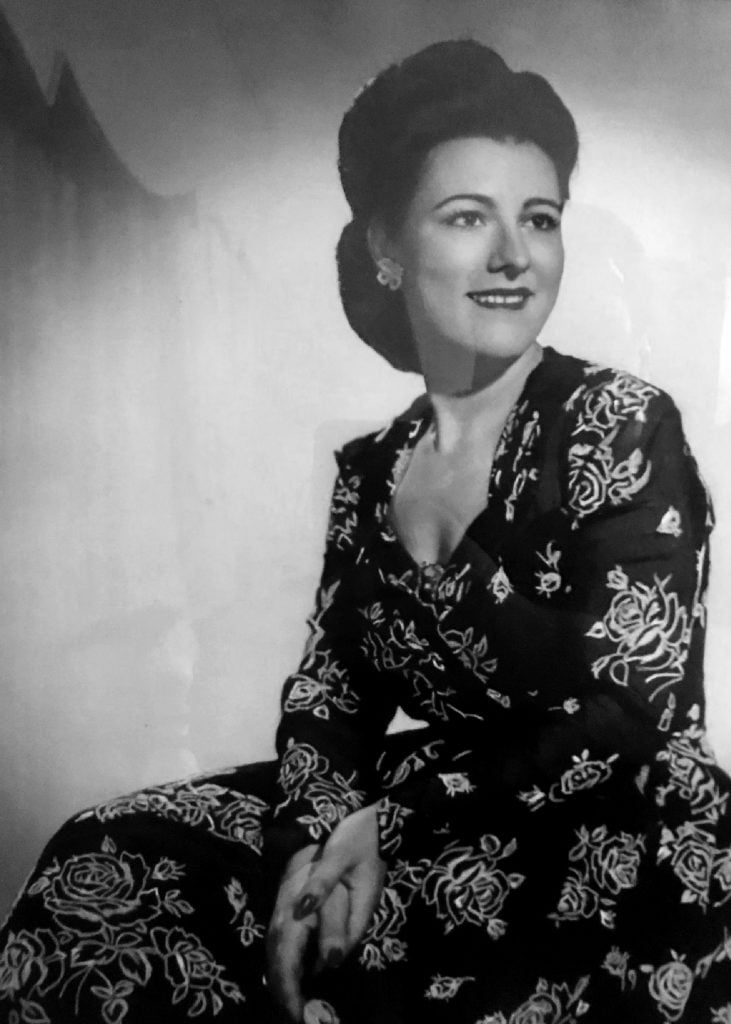 Mary Booboochy was born in March of 1913 into the Greek community of Alexandria, Egypt. She and her parents and two younger sisters, Violetta and Aphrodite, migrated to the United States through Ellis Island and eventually settled in Philadelphia, Pennsylvania. Her father died very soon after their arrival and her mother, Helen, kept the family of three girls afloat through her work as a seamstress.

After her mother passed away in the early 1920s, Mary became the guardian of her younger sisters, a responsibility she took extremely seriously. Knowing that she needed help, she reached out to a matchmaker and was matched to Costas J. Bollos, whom she married in 1934. They welcomed baby Eleni in 1936.

After raising her sisters, she opened a restaurant in Camden called “The Arcadia,” which was open round-the-clock, providing hospitality to the servicemen of World War II. In the last years of the war, she was recognized with a special award from President Roosevelt for her outstanding work in selling war bonds in the City of Camden.

She continued in the restaurant business after the war, owning several successful businesses, all while raising her younger son, Jonathan. She was involved in the church and philanthropy before, unfortunately, succumbing to lung cancer at the early age of sixty-five in 1978.