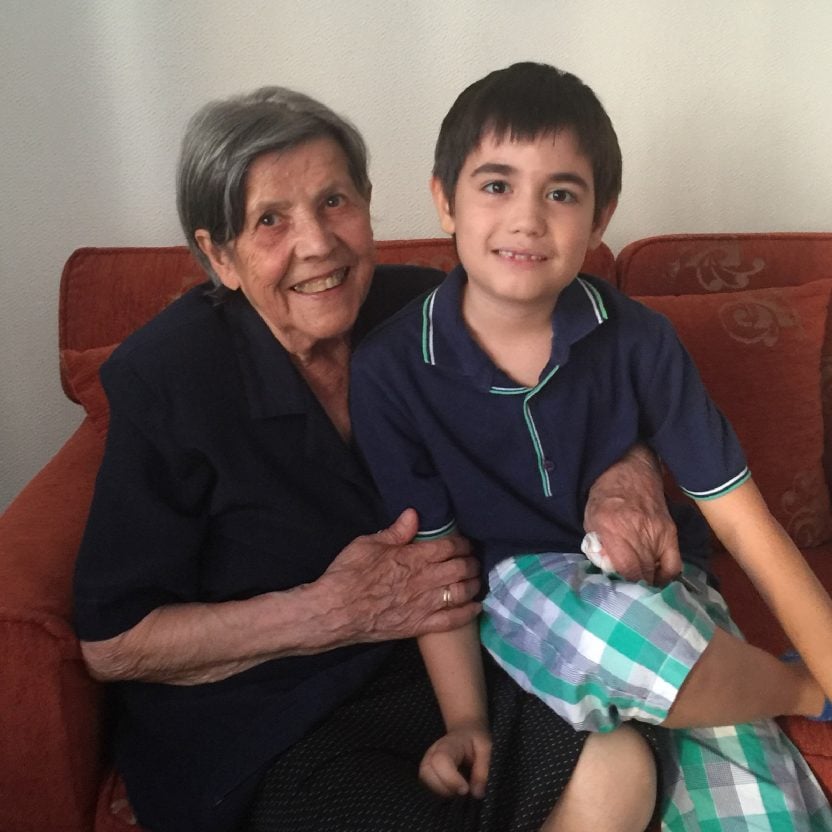 The oldest of Anastasios and Athena Mantsos’ eight children, Magdalene, together with her brothers and sisters, grew up during tough times. She witnessed her father taken hostage, who only by sheer luck returned home. She was an immigrant and eventually returned to her village that was completely destroyed.

From a very young age, she stood out for her housekeeping skills, her worthiness, and her character. She excelled both in women’s jobs and in men’s. She was always willing to help everyone, especially children, which she never succeeded in having.

Magdalene was married three times. She suffered greatly in Christophoros’ house. In the ninth year of their married life, she caught him in their home with another woman. Brimming with rage, she threw acid on him. She spent two months in jail; was tried and acquitted.

She was married again, this time to Alkis, a widower with two daughters. She worked like a dog, weaving on the loom day and night to raise his children. She even traveled three or four times to America, to work in her sister’s business in Philadelphia. All her alcoholic husband was good for was cursing at her and hitting her, finally breaking her loom. Alkis died of liver cirrhosis.

Many years later, advanced in age, she met Yanni. She lived beautifully with him, happy at last for twelve years. She was hurt when he passed away, and her only wish until the end of her life was that she be buried at his side.

She was the most inspiring and positive person I have ever met. She always said, “God chose me out of the eight to suffer, and that’s OK.”