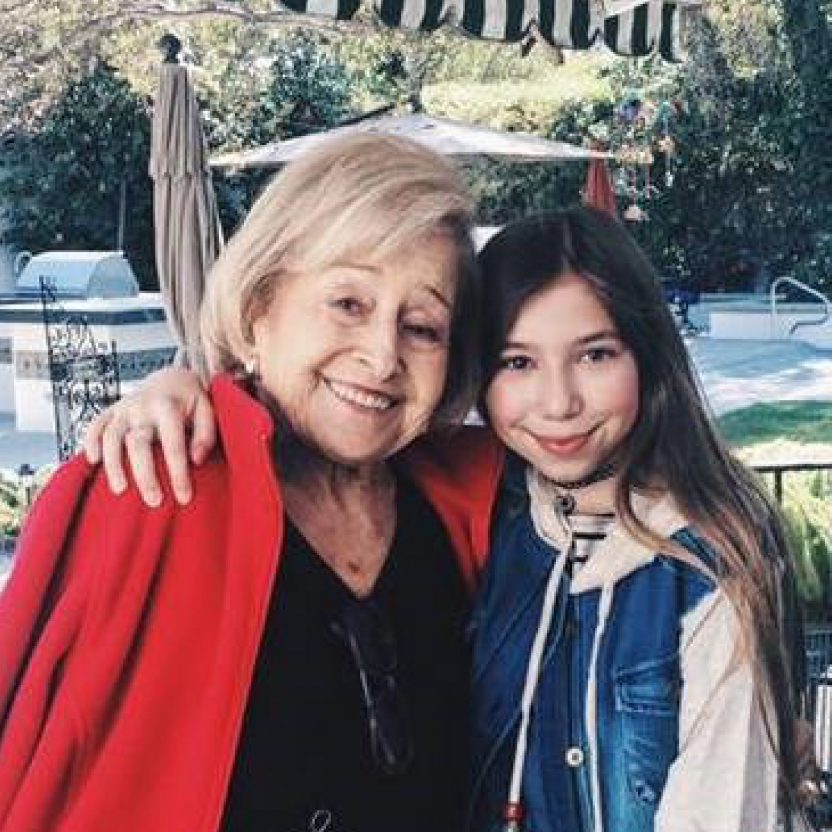 Helen Lambros’ life has been one of commitment and dedicated service to her church, the arts, her community, and her ethnic heritage.

Helen is a Greek American actress and philanthropist. Born to James and Stella Lagakos Liacouras in Philadelphia, Helen was greatly influenced by her musically talented family. She was involved, at an early age, in the Sunday School, Greek School and the Choir of St. George Greek Orthodox Cathedral.

She is a graduate of Beaver College where she wrote songs, shows, and won state-wide competitions for theatrical performance. She was a teacher in South Philadelphia where she organized the first Hellenic University Club Choral Group of Philadelphia that entertained at community affairs.

Helen married Dr. Bill Lambros and moved to Washington and then Los Angeles where she has continued her devotion to Orthodoxy, Hellenism and the arts through writing and presenting Greek theater.

Helen has three children and one granddaughter, LuLu Lambros, who currently appears in Nickelodeon’s “Stuck in the Middle.”