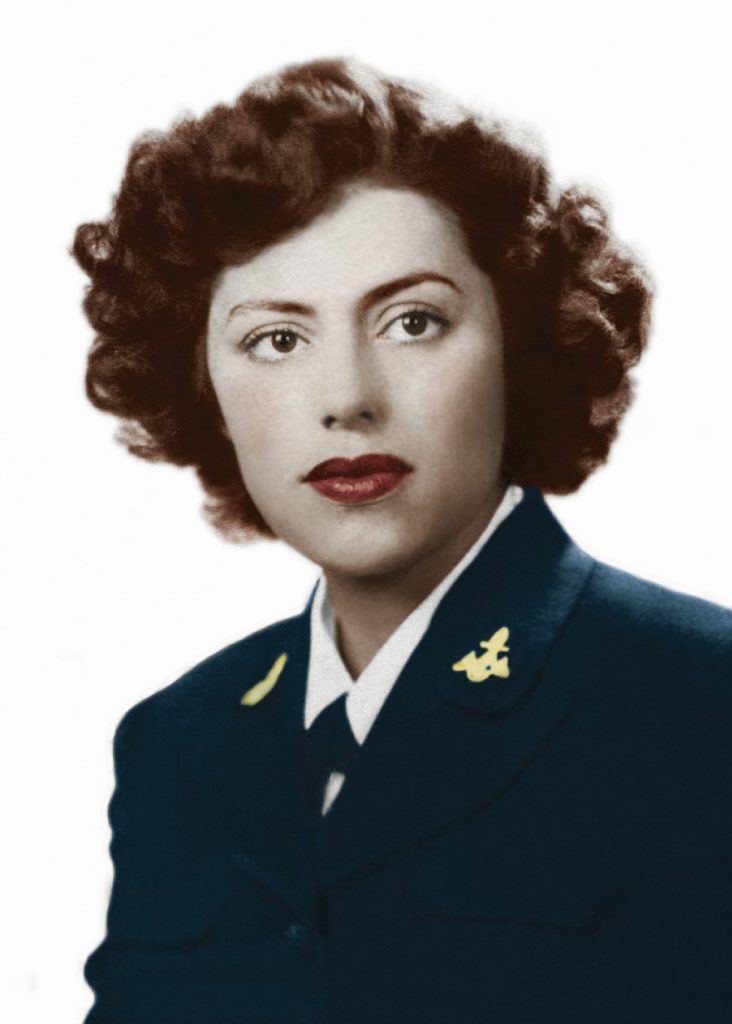 Helen was born in Wheeling, West Virginia in 1923. Her parents had immigrated to the United States from Crete. Her father was a struggling coal miner. Seeking a better life, her family moved to New York City only to be confronted by the Great Depression. In New York, she faced hunger and stood in line begging for food as a teenager.

In the late 1930s, she received a scholarship and went to Hunter College in New York to study Art History. Economic necessities forced her to leave college just as World War II descended on America. She saw her brother, cousins and so many friends leave for military service. Then, as a young girl, she went to work for the Associated Press assembling dramatic news information coming in from all parts of the world. During this time she had a short stint as a photographer’s model.

As the war engulfed the Nation and more than sixteen million Americans joined the military, Helen felt compelled to join and also serve. She joined the Navy and was trained as a Navy Nurse assigned to Navy Hospitals where she treated grievously wounded sailors, mostly amputees and burn victims. In America’s glorious World War II history, only 200,000 women served in the military and Helen was one of them.

While serving in the Navy she fell in love and was engaged to a Naval Officer who was killed in the South Pacific leading a squadron of fighter planes. For his valor, he was awarded the Navy Cross and a destroyer was named after him. The Navy invited his mother and Helen to christen the ship, quite an honor for a young Greek-American woman.

During her service at a Naval Hospital, she met Robert Tamaccio whom she married while still in the service on July 4, 1946. She was finally discharged from the Navy in August of 1946.

Helen and her husband, Bob Tamaccio, had six children, Candy, Roberta, Alice, Stephen, Fran and Tina, children that she raised with love and care and who are good and contributing citizens. She now has fifteen grandchildren and they are quite a collection of young people consisting of doctors, engineers, lawyers, and business people. Helen’s children and grandchildren are where they are because Helen’s destitute parents had the courage to come to this country and seek a better tomorrow and Helen continued the struggle.