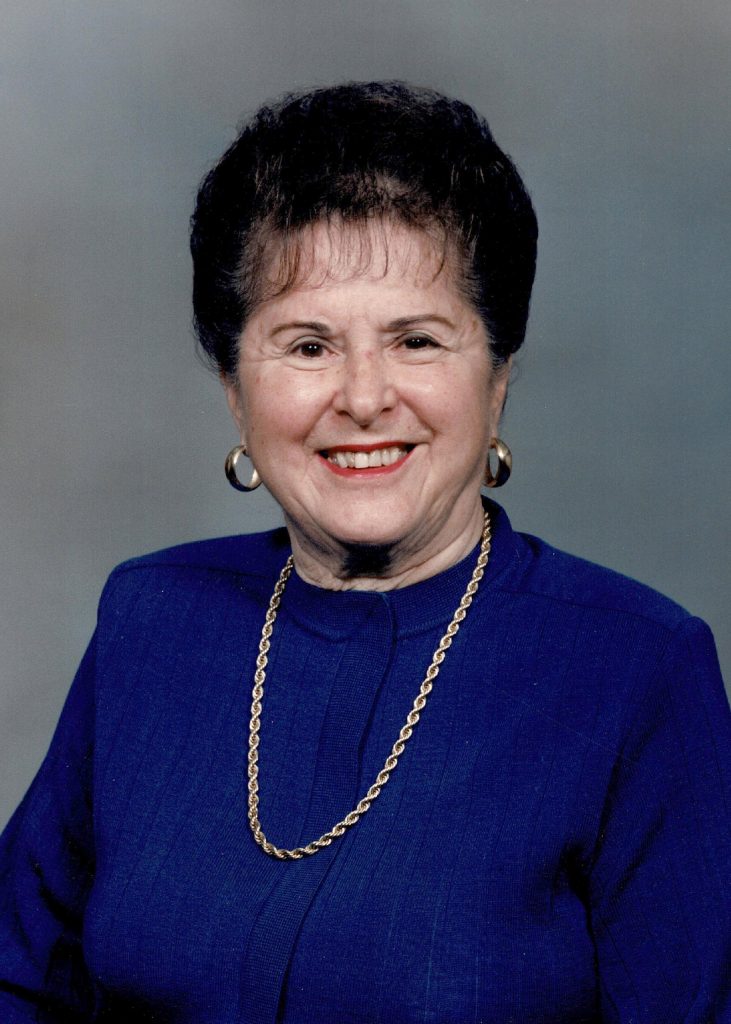 “Axia” is the right word when you think of Helen E. Bertas! She paved the way for many women of Greek descent in Philadelphia and the greater Delaware Valley.

Helen Bertas was born in Philadelphia. She began her career working as a clerk in a law office and then decided to train for the law. She graduated from Drexel University in June of 1942 with a degree in Business Administration and went on to receive a law degree from Temple University School of Law in June of 1950. She was admitted to the Pennsylvania Bar Association in December, 1950. At that time, there were few, if any, Greek women who had made it through law school and into the legal profession. Helen practiced law in her Philadelphia firm, “Budd & Bertas” for over forty years, specializing in immigration law. She was elected as National president of the American Immigration Lawyers Association in 1965. In 2005, the Hellenic Lawyers of Philadelphia honored her with a “Lifetime Achievement Award.”

Helen was blessed with a high level of energy—so much of it that she earned the nickname “the little dynamo.” “It was in a ‘man’s world’ that Helen’s standard of excellence, skill, drive, dependability, organization and incredible work ethic stood out,” her family wrote. “She was a courageous advocate on behalf of her clients and a leader in progressive causes.”

Helen was an associate professor of business law at Drexel LeBow College of Business. In 2015, she was honored to be the first of the four honorees to be inducted into Drexel LeBow College of Business Hall of Fame. Among her other accomplishments, Helen was an active member in the Hellenic University Club of Philadelphia for over fifty years and served as president in 1951-1952. Upon her death, Helen was honored by the club with a “Memorial Resolution.”

Helen was also active in the Amalia chapter of the Pan-Macedonian Society.

At the time of her passing, Helen was survived by two sisters, Mary B. Rennis and Anne B. Trivelis, and five nieces and nephews.