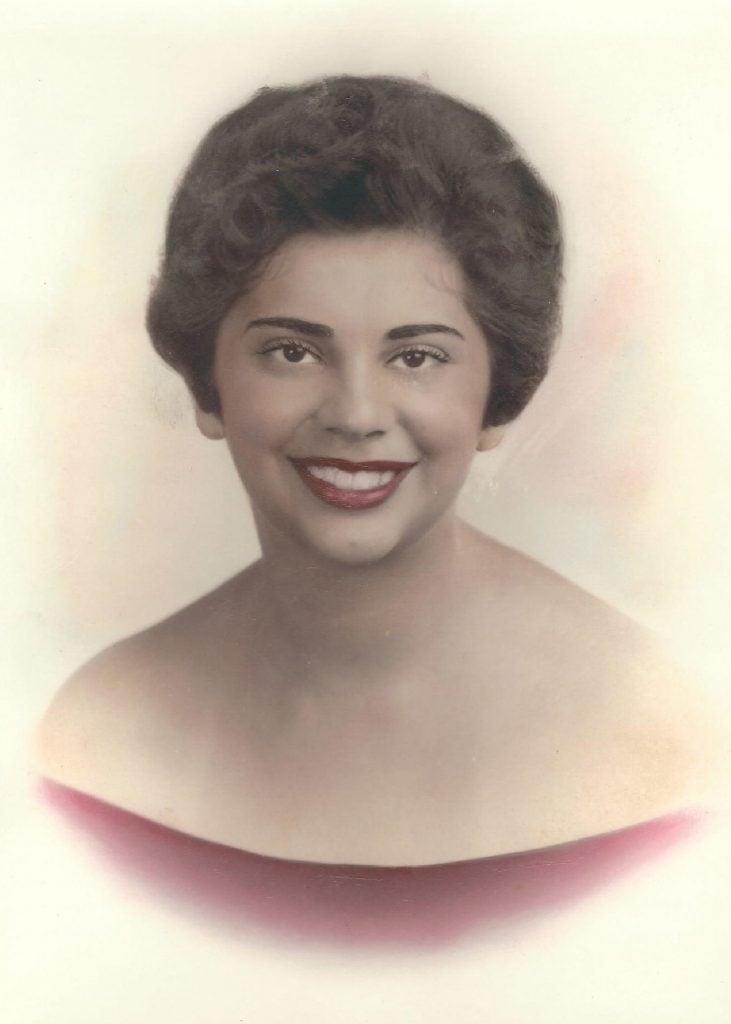 Ethel Vious Lazare (nee Melohis) was born in Trenton, New Jersey in 1935 to Pepina and George Melohis, who emigrated from Atsiki, Lemnos. Around the time of World War II, Ethel’s father purchased “The Palace,” a luncheonette and candy store in Riverside, New Jersey. When Ethel graduated from high school in 1953, she was given the opportunity to attend Temple University on a scholarship. As a reflection of the time, her father was not supportive of this and preferred that she stay working in the family business.

Although Ethel loved her parents, she decided that she wanted an education and the ability to be independent. With the money she saved working at the luncheonette, she attended the University of Pennsylvania Hospital School and then Monmouth Medical Center’s Hospital School in order to become an X-ray technician. Within her social circle at the time she was the only young adult to leave her parents to pursue a career.

In the 1950s the Greek families in South Jersey were scattered across numerous towns between Philadelphia and Trenton, and as such, there was not a large Greek population in any one town. In order to keep the Greek community together, Ethel started a Greek American women’s social organization that still exists to this day. The American Ellenas Society has been meeting once a month with regularity since the 1950s. For most of this time, the members met at each other’s homes where they planned social events that included picnics, theater trips, dinner outings and other shared Greek cultural activities.

In 1960, Ethel married Constantine Lazare, from West Philadelphia. His family was Macedonian. They had one daughter and Ethel continued to have careers in X-ray and then real estate until her retirement. However, from her single days until today, Ethel remains committed to keeping the American Ellenas Society together in South Jersey.