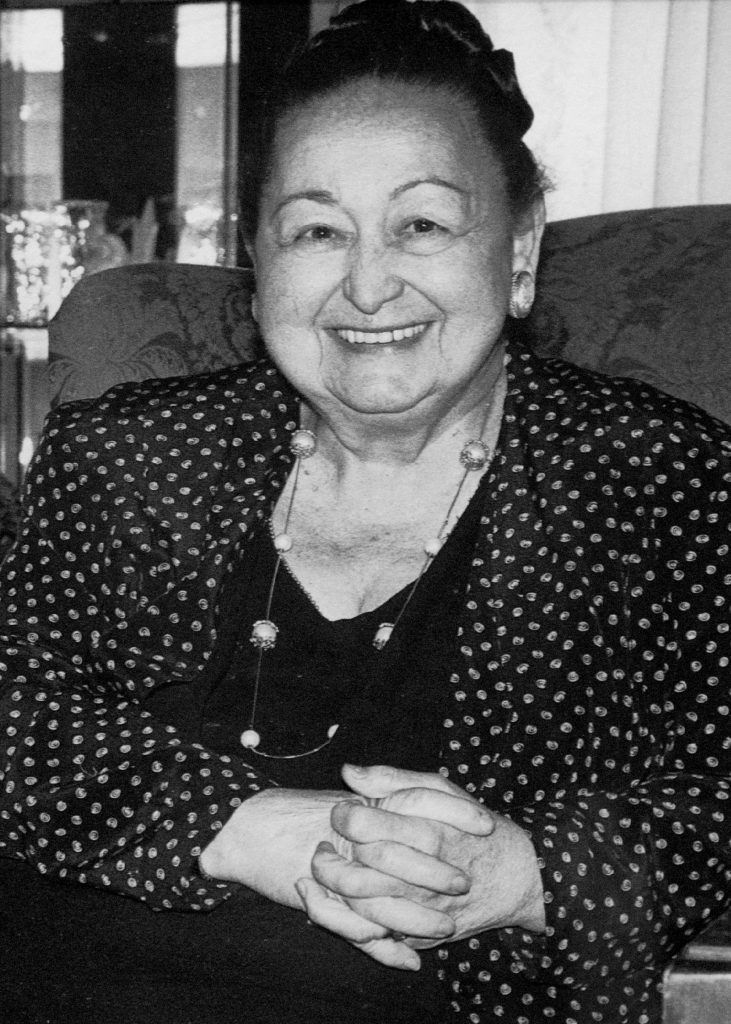 Elpis was born in 1930 to John Halkedis (Poulantzakis, Asia Minor) and Simela Vasiliadis (Kerasounta, Asia Minor). They were proud Pontians and founders in 1938 of “Akritai,” The Pontian Society of Philadelphia. In 1942, they helped co-found St. Demetrios Greek Orthodox Church in West Philadelphia. Her father was a Psalti at St. Demetrios for thirty-three years.

Elpis graduated from Girls High School in 1948. She graduated with honors in 1952 from Temple University and earned two Master degrees. Certified as a teacher, a nutritionist and as a dietician, she worked at all three occupations during her lifetime with vigor and passion.

Elpis taught home economics, and also was a dietician and nutritionist at West Philadelphia High School for several years.

In 1956-7 she met and married George A. Kyriazis, MD, a talented young doctor from Greece. They lived overseas for a few years. In 1961, they returned to the United States where Dr. Kyriazis began teaching and practicing.

Elpis was a very modern woman and by the mid-1960s, with two young sons, she returned to be a full-time teacher in Philadelphia, where she would teach until 1980. She also taught English to Greek immigrants.

Elpis was a key member of the Pontian Society, St. Demetrios Greek Orthodox Church Council, the Philoptochos, the National Philoptochos Board of North and South America, the Clergy-Laity, and the Daughters of Penelope. In 1980, Elpis became the first Philoptochos President of the New Jersey Diocese. During this period both her sons graduated from Harvard University. Elpis was also active in the Federation. Their banquets were meticulously planned under her hand.

After her husband’s untimely death in 1978, Elpis became an acting Principal, Vice Principal and finally the Philadelphia School District Supervisor of Vocational Education, where she retired with thirty-eight years of service in 1993. After her retirement, she continued her work with the Philoptochos and the Clergy-Laity. Elpis was full of Christian love and gave of herself fully to her church and Greek endeavors. For hers was a life well lived and virtuously spent.