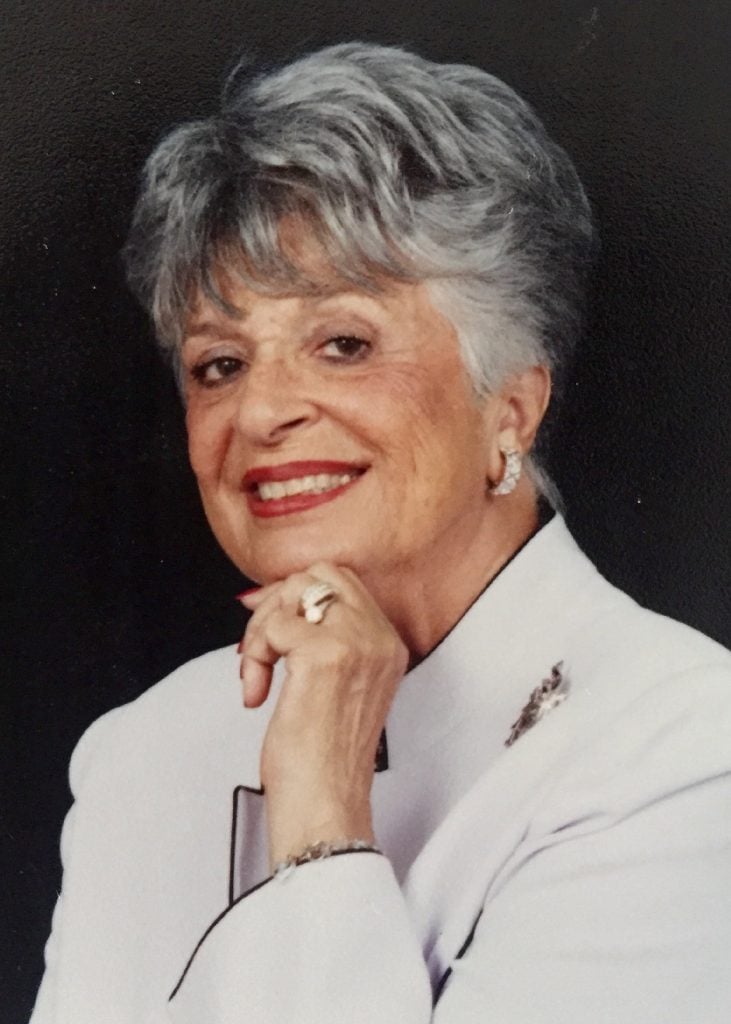 Dolly Doukakis Demetris was an active member of the Greek Orthodox community in suburban Philadelphia. Born in Philadelphia, to Polixene and Christos Doukakis, she grew up feeling pride in her heritage and dedication to her religion. Olga “Dolly” Doukakis was married in the Cathedral of Saint George to Jack Demetris in 1953. In 1960, Dolly became a founding member of the Women’s Auxiliary at the new parish of Saint Luke Greek Orthodox Church in Broomall Pennsylvania. That is when and where her spirited support to build up this new community began. Dolly shared memories of knocking on the doors of Greek business owners to help raise funds in hopes of creating a church-based Greek community for the western suburbs.

Dolly helped promote the church in many ways: establishing fundraisers, soliciting donations, chairing off-site Greek pastry sales, appearing on local television and in the newspaper. Her love of this new community, the future for her children and future grandchildren motivated her to work tirelessly and with passion! For many years, she could be seen working side by side with her mother, another hardworking and dedicated Greek Orthodox woman.

Dolly held every leadership role in her beloved Philoptochos. She was President three times. She was very proud to be appointed to and serve on the Philoptochos National Board and the New Jersey Metropolis Board, as well. At the Metropolis level, she was elected corresponding secretary.

Dolly would go on to become a champion for the children of Saint Basil’s Academy and to chair the National Philoptochos Committee for the Aged. Dolly initiated collecting clothing and basic necessities for the People’s Emergency Center and the Cyprus Relief Fund. Dolly fully embodied the ideals of Philoptochos; charity, benevolence, and philanthropy.

Dolly shared her love of Orthodoxy as a teacher to the fifth-grade children of St. Luke’s Sunday School. She devoted her energy and shared her knowledge of the scriptures for more than twenty years. Her example inspired three of her daughters to follow in her footsteps as catechism teachers.

Olga “Dolly” Doukakis Demetris was presented the Medal of Saint Paul by Father George D. Gregory. In 2010, she received the Agape Award for the Metropolis of New Jersey Philoptochos at the Clergy-Laity Congress.