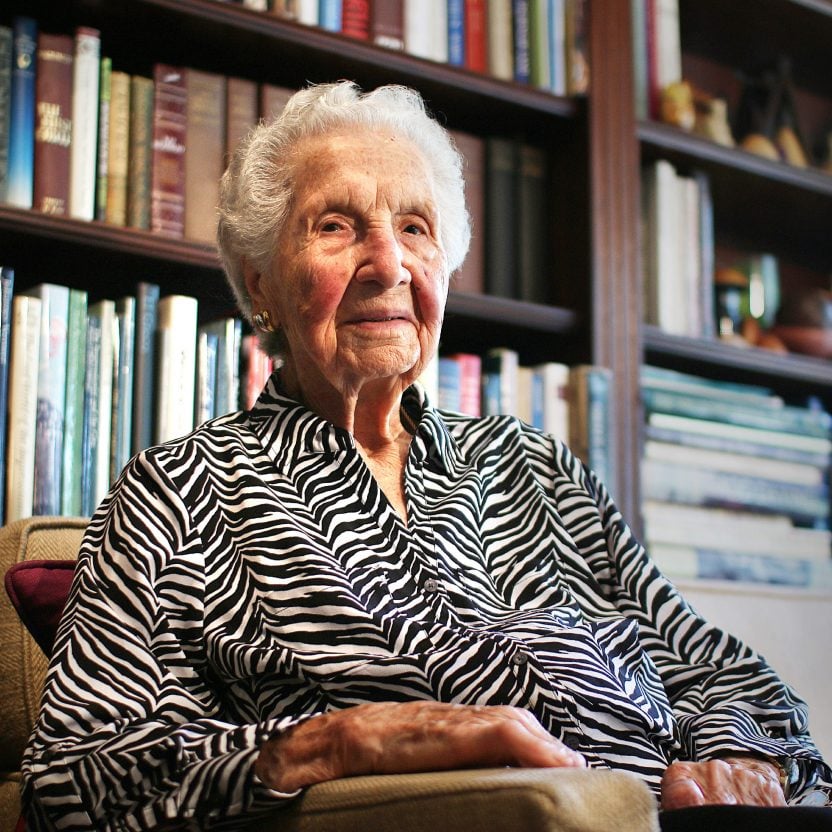 “When I came to America, I was a young girl from a village. It was like a dream,” said Bertha (Panagiotsa) Rorres. Born and raised in Laconia, Greece, she arrived in the United States in 1938. She came as the young bride of Harry (Argyrios) Rorres and settled in historic “Greektown” on Locust Street in Philadelphia and later the “Greektown” in Upper Darby. They had three children and two grandchildren.

For three-quarters of a century, Bertha witnessed and embodied the Greek-American journey in Philadelphia. She was a steward of St. George Greek Orthodox Cathedral in Philadelphia for 80 years! Bertha was an active participant at several churches and an active Philoptochos member. The many memories and stories she had of her family’s successful restaurant businesses in Philadelphia and New Jersey were plentiful and embodied the spirit of “the American Dream.” In January 2015, she celebrated her 100th birthday with family and friends at Estia Restaurant. She passed away in June of 2016 at the age of 101. May her memory be eternal.