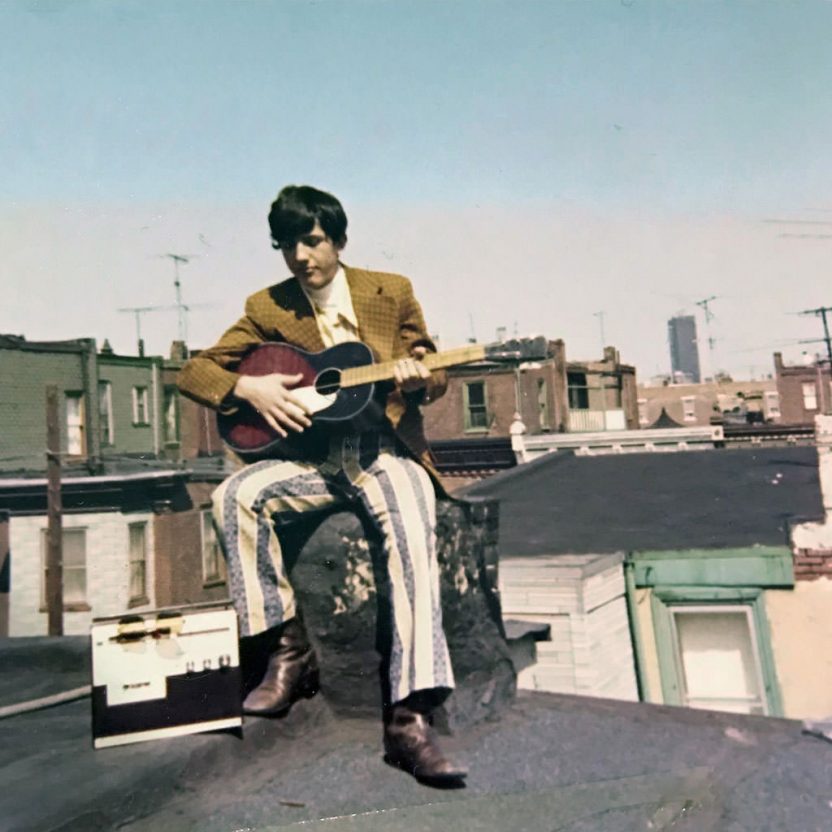 Philadelphia, PA – (circa 1972) Aspiring Musician Ioannis “John” Yiantsos, at age 15 on the rooftop of 831 Dickinson St. a row home in South Philadelphia. Having arrived just a year earlier into the United States, Yianni was missing his puppy love Avgoula Mantsou. Yianni would sing songs by Stelios Kazantidis – “Nyxterides kai Araxnes”. When his brothers would ask him to change the song he would switch it to “Barba Yianni Phile mou”. Image submitted by his older brother Kostantinos Yiantsos.