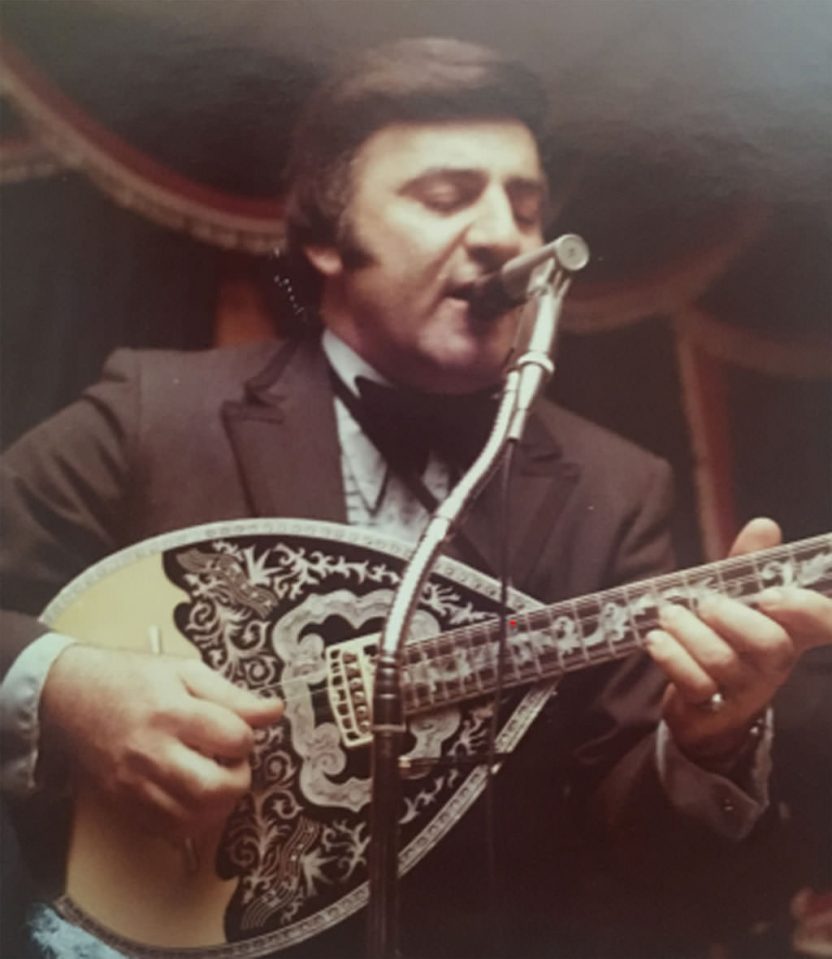 George Giordas serves as a role model of Greek culture and ancestry particularly as a leader in the Greek music and entertainment scene of the Delaware Valley. George was born in Philadelphia, Pennsylvania in January 1932, and raised by parents who were from Greece. George actually started playing Greek “Kalanta” at relatives’ and nearby Greek and Albanian friend’s homes as a teenager with two cousins, Strat and Anthony Marmarou. The three had started taking clarinet and saxophone lessons at Wurlitzer’s School of Music, which was where they purchased their instruments for two dollars per week, with lessons thrown in as they continued.

After being honorably discharged from the United States Army, in December 1954, where most of his military service was with the 279th US Army Band in La Rochelle, France, he became interested in forming a small Greek playing ensemble. Thus, the George Giordas Orchestra was born, which performed from 1963 through 1993. George served as the frontman of the band, providing the lead vocals and playing the bouzouki, clarinet, and saxophone. Other members included George’s cousins Frank Marmarou, who played the drums, and his brother, Anthony Marmarou, who played the bass. Additionally, Jack Zarzatian, who played the violin, Al Konieczny, who played the guitar and provided vocals, and Andrew Habrof and Jimmy Skoufalos, who played the accordion. Traditional songs and dances of Greece were the band’s main focus, but they also played popular music, for many non-Greeks hired the band to play at functions as well. The George Giordas Orchestra played at countless wedding receptions, Church feast day dinners, christenings, and other functions as well.

The March 25th Greek Independence dances at the Sheraton at 17th and JFK Blvd., in Philadelphia were particularly memorable. Year after year, over 2,000 people would attend this great celebration with both local entertainment, including the George Giordas Orchestra, as well as entertainment directly from Greece.

Aside from these celebrations, the orchestra also played at the Academy of Music in Downtown Philadelphia on occasions for Greek charitable benefit affairs. One thing is for sure — these stories serve as a testament to the unifying nature of celebration through music and dance as expressed through the Greek culture.

It is because of Greek American artists like George Giordas that people have been able to live out their culture through song and dance and unleash that marvelous force that is known among Greeks as kefi.