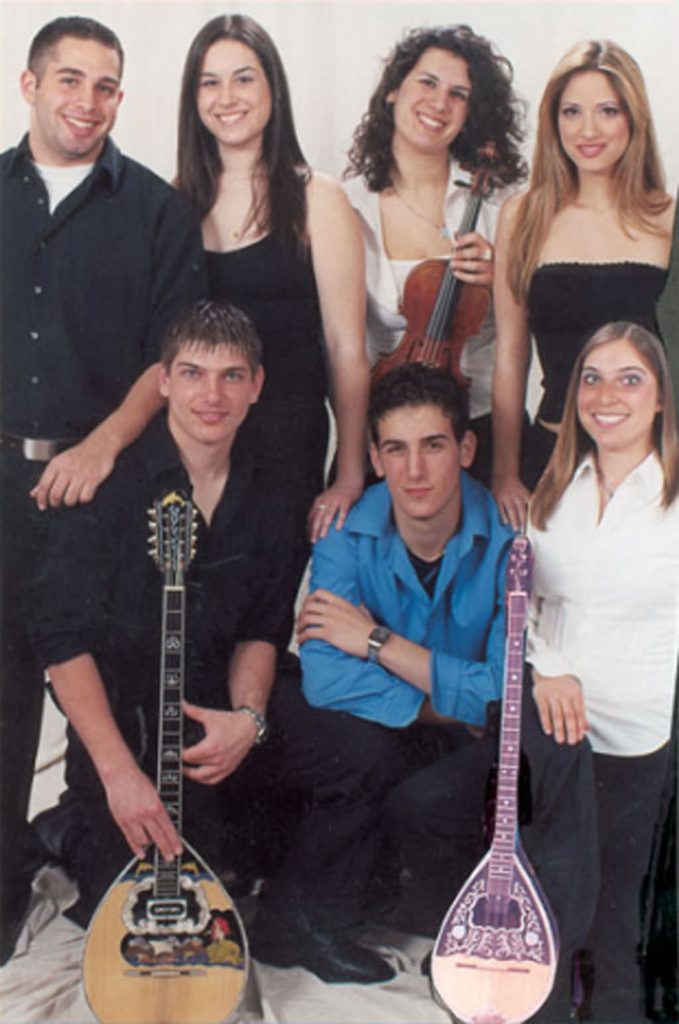 Dionysos was a professional musical group composed of seven Greek-American young adults who specialized and played mostly modern, Greek, popular music at various community events in the tri-state area. All members were trained in both Greek and Classical music for many years.

“Dionysos” was a way for the members to celebrate their Greek heritage through the international language: music.

They performed at various Greek Orthodox Church festivals and events in the tri-state area The group’s debut was at the Taverna of the St. Demetrios annual festival in May of 2001.

Along with playing for Greek Orthodox Churches, Dionysos made a special appearance at the 2001 Annual Thanksgiving Ball presented by the Pan-Macedonian Society of Greater Philadelphia They appeared on the Philadelphia local television show, WYBE T.V.’s “The Greek Spirit” of Mr. George Burlotos, Dionysos was featured in numerous American and Greek newspapers and magazines, including The News of Delaware County and The Philadelphia Inquirer.

Two of the group’s highlights was performing at the Three Little Bakers Dinner Theater in Wilmington, DE, as an opening act for the Greek comedian Basile in July of 2004, and its musical tour in Greece during the summer of 2005, including performances in Katerini, and at the International Pan-Macedonian Convention in Kavala, Greece. The group also performed at nightclubs and numerous private events such as weddings, baptisms, Christmas parties, and graduation parties.